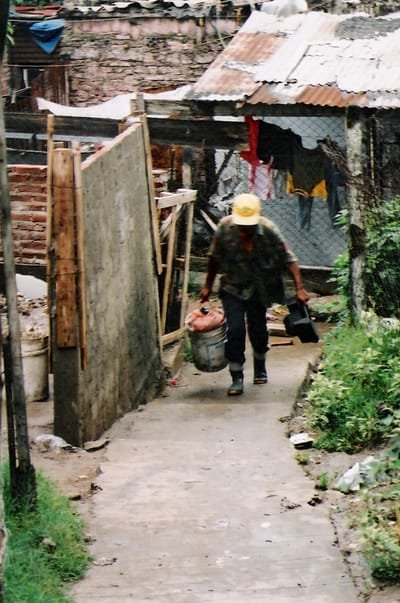 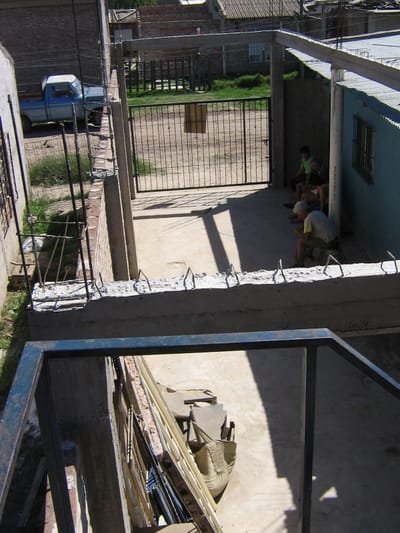 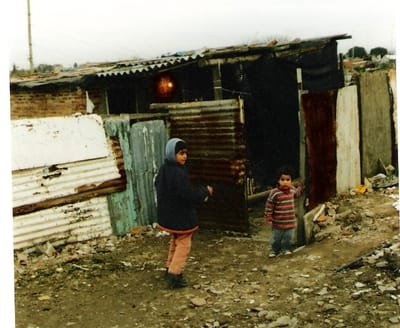 In 2002 Ros – our chairman, went to visit her family who live in Quilmes near Buenos Aires in Argentina. She was horrified at the poverty and destitution she saw in parts of the city and its environs.

One day while she was there, an educationalist – Daniel De Scala, came to visit Ros with a translator as she didn’t speak any Spanish at the time. He said he knew from speaking to friends that Ros had always worked for charities and that she had a degree in Sociological Research & Psychology – a respected qualification in Argentina. He wanted Ros's help. He said he knew that people in the UK were very generous but that mainly they cared about poverty in Africa and did not know much about the awful economic crash that had occurred in Argentina in 200/2001 when the AR Peso was devalued by two thirds. Many thousands of people lost their jobs and their homes and became destitute and more and more shanty towns grew in many areas including Quilmes. They desperately needed help!

Daniel asked Ros if she would help some of the people and took her on a tour of the shanty towns – Villas, surrounding Quilmes. Ros agreed to try to help a Soup kitchen – Comador that fed 130 destitute children twice a day – Luz Del Alma (Light of the Soul).

Ros wrote to her friends in the UK, explaining the situation and sending photos asking for a donation of £5. When she returned home to the UK some weeks later, she realised that she would have to open a bank account for the generous donations that had arrived. One thing led to another, fundraising continued, Trustees were recruited and Compassion Direct UK, the charity became registered in 2004 after a generous donation of £500 from Banbury Rotary Club.
Ros had semi-retired from being self-employed in Cornwall for some years after working for The World Wide Fund for Nature (WWF) for many years as a Regional Manager. Just before her visit to her family in Argentina she had moved from Cornwall to be nearer her daughter in the UK intending to continue a part time Training business that had been part of her previous business in Cornwall.  Somehow the training never got started because CDUK took over Ros’s life.
During this time CDUK raised money to build a security wall and gates at the Comador, built a homework room and sewing workshop for children and parents, a store room for dried food and recruited a group of local volunteers to maintain continued assistance and support to this project.
As CDUK grew other projects followed and new directions were pursued, our strap line is
Earth is the home we share
Lead the Change
CDUK provides environmentally sustainable solutions & self-help projects in the developing world