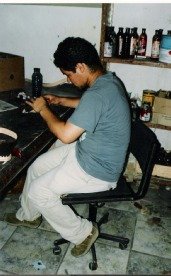 Father Farinello ran a project which was struggling to survive in Villa Lujan, a shanty town in Argentina .  The leather workshop was too cold & draughty for the young people to be able to continue to work in the winter & their tools were inadequate to produce saleable items to sell in the markets of uptown Buenos Aires.  But with high unemployment the small amounts that could be made at the workshop might be all that supported a large family living in cramped overcrowded conditions, often sharing a shanty home with other families. 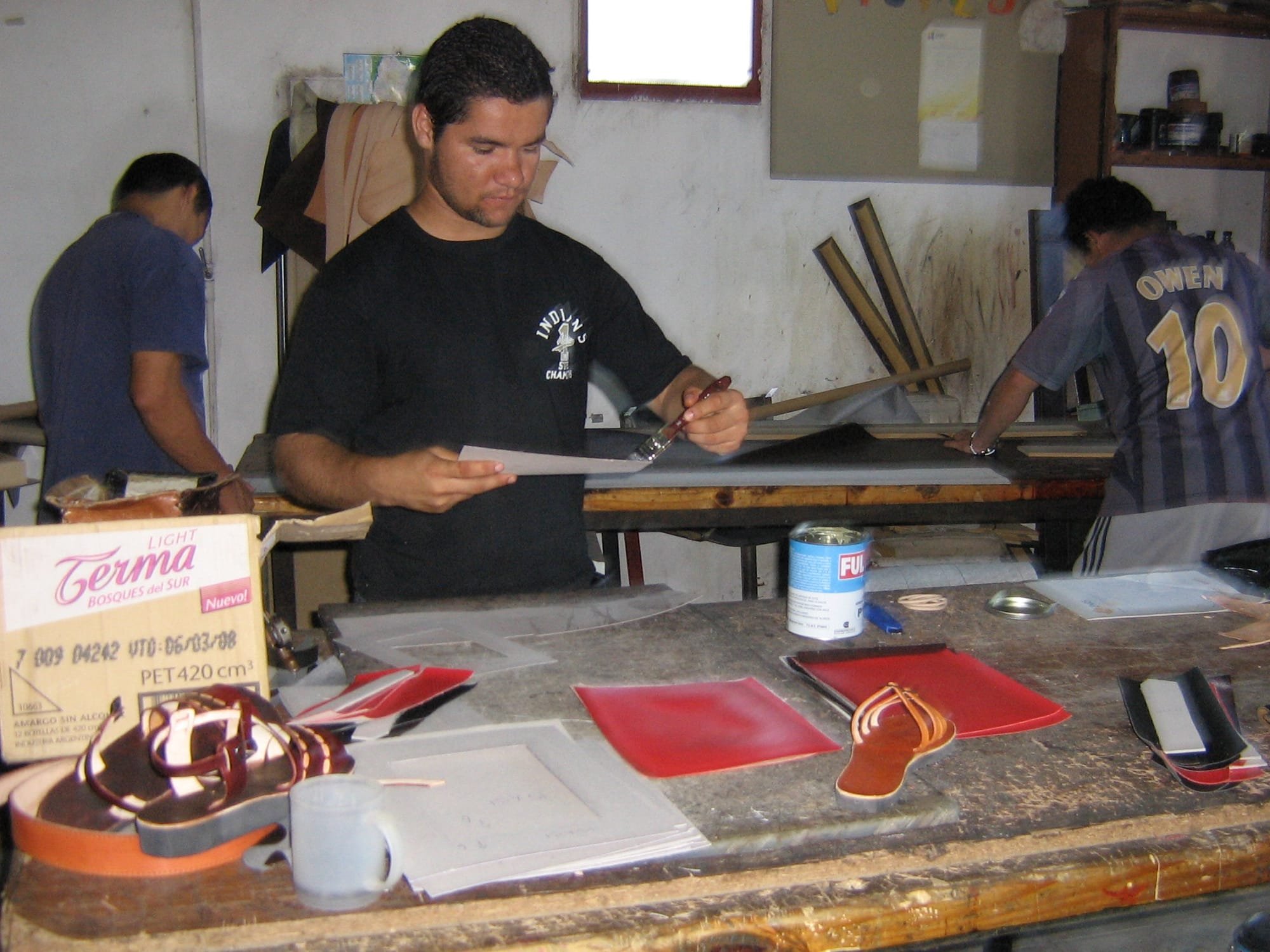 CDUK provided fires so that they could work through the winter & we bought two industrial sewing machines to replace their antiquated equipment.  We also bought a quantity of leather to start them on their way again.  Oh yes & we planted a tree! It is very difficult for single mothers to get work to support their families once potential employers know that they live in the Shanty Towns & that they have dependent children. The Shanty Towns have a reputation for dishonesty, violence & drug dealing as well as drug & people trafficking, prostitution & all types of crime.

In 2009, CDUK began a project in an abandoned Slaughter house, to set up a sewing workshop to help single mothers with dependent children make a living. The sewing workshop helps the women to learn a trade & earn money to support their families.

CDUK provided two industrial sewing machines, cottons, materials, scissors etc. needed to equip their new sewing workshop. Regular classes are now been held and the mothers are really enthusiastic to be doing something so positive. We are helping this Group to become self sufficient & to assist other mothers to learn similar skills from their colleagues.

CDUK worked with the Municipalidad - local council, to provide safe electrical wiring which previously hung down from the walls & was dangerous to all. CDUK provided the materials & the Council provided the labour.

The Council were so delighted with our work that they paid for a sewing tutor & CDUK bought toys & small chairs for a crèche for the children while the mothers learned a trade. 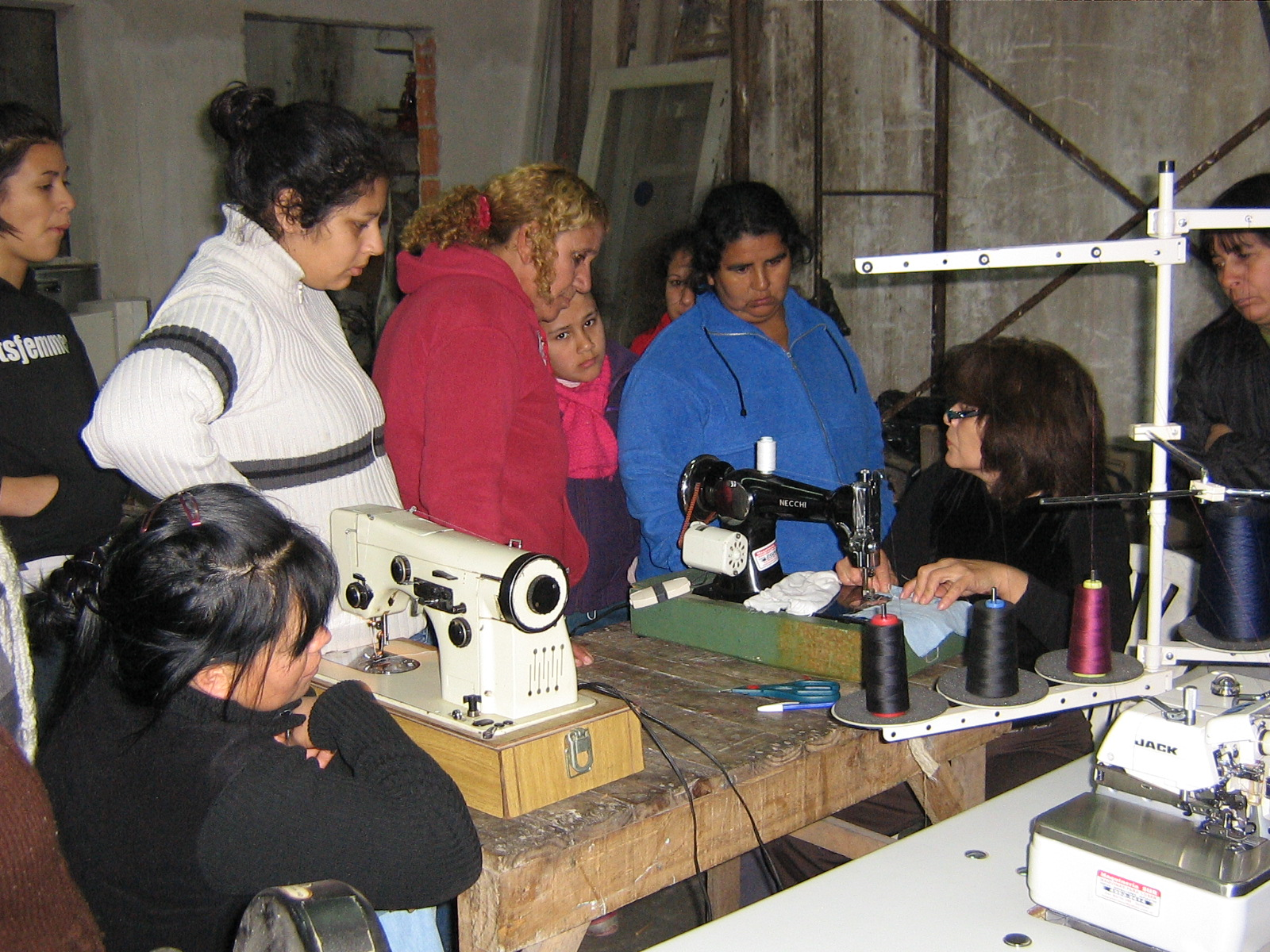 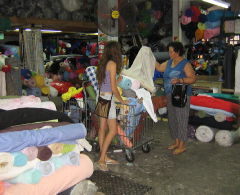 A retired baker, Carlos and his wife Lyta lived in a small space in a dry area of an old abattoir on Villa El Matadero, an ancient shanty town near the River Plate. They lost their home and jobs when the peso was devalued in 2001.

Carlos learned to make cheap bread to sell to people on the villa & saved the small profits he made to to create temporary roof shelters inside the leaking abattoir so they could use some of the derelict space for a kindergarten & community room.

The old roof leaked and the building was full of rubbish and rubble and frequently flooded. Eventually Red Cross Argentina, whose members held health clinics & knew of Carlos and Lyta's wonderful work got in touch with Red Cross Italy. They funded the building of a new roof on the Abattoir & provided toilet facilities. Red Cross Argentina got in touch with CDUK to see if we could support this group further.

Carlos whose face beamed in pride and pleasure each time he talked of how he and Lita made the new area useful to residents. He moved his old oven into one section & when Ros from CDUK saw it it was full of newly baked pizzas. Otherwise they had only a few old tables and chairs in a vast empty space. CDUK helped Carlos & Lita to create a useful community area in this building.

Sadly in 2009 Carlos had a stroke but CDUK were able to get him a wheelchair. Sounds easy? No! CDUK also set up a library in El Matadero 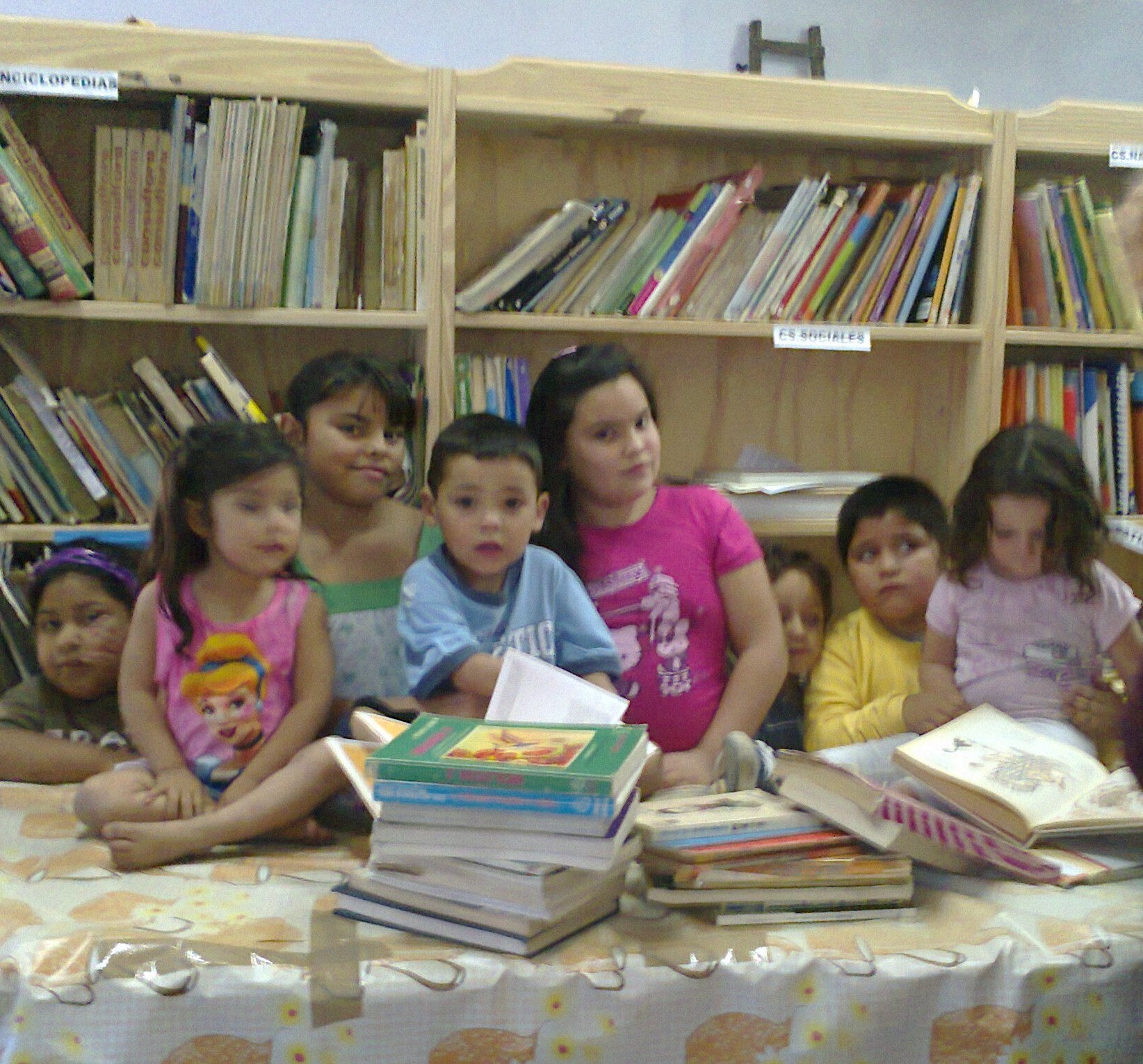